Assumptions: Why being right is wrong 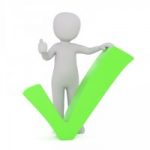 I used to think that if I showed up intentionally and listened carefully, I would accurately understand what someone was saying. I was wrong.

While researching my book What? I discovered that when listening to others, we naturally assume we understand what’s meant and don’t question that assumption. But due to the way sound vibrations enter our ears, we actually only accurately hear some unknowable percentage of what is being said. Turns out our listening is pretty subjective.

Here’s what happens that makes accurate understanding so difficult:

A simple example of this just happened today when I was introduced to someone:

Joe: Hey V. I’d like you to meet my friend Sharon-Drew.

SDM: Actually, my first name is Sharon-Drew and I always use them both together.

V: Oh. I don’t know anyone who calls themselves by their first name AND last name.

SDM: Neither do I.

V: But you just told me that’s how you refer to yourself!

Because my type of double first name (vs Mary Ann which already has circuits in most brains) was foreign to her, her brain used a habituated pathway for ‘name’, deleting both how Joe introduced us and my correction.

Here is where the assumptions get interesting:

Like all of us, she believed what her brain told her, and acted on the assumption that she was ‘right’.

We all do this. Using conventional listening practices, using our normalized subjectivity that we’ve finely honed during our lifetimes, we assume our brain circuits offer us accurate interpretations, making it pretty difficult to know if what we’ve heard is accurate. We end up making assumptions based on our own mental models.

Although we prefer to hear accurately, our brains are just set up to routinize and habituate most of what we do and hear – it makes the flow of our daily activities and relationships easy.

But there is a downside: we end up restricting, harming, or diminishing authentic communication, and proceed to self-righteously huff and puff when we believe we’ve heard accurately, deeming any correction ‘wrong’. When I asked a magazine editor to correct the name Sharon Morgan that appeared under my photo he said (and I can’t make this stuff up!): “I didn’t get it wrong. You must have sent it to me wrong.” True story.

So: our brain tells us what it wants us to hear and doesn’t tell us what it left out or altered, potentially getting the context, the outcome, the description, or the communication, wrong.

Sometimes we assume the speaker meant something they didn’t mean at all and then act on flawed information. In business it gets costly when, for example, implementations don’t get done accurately, or people are deemed ‘prospects’ and put into the sales pipeline when it could be discovered on the first call that they were never prospects at all.

THE COST OF ASSUMING

LISTEN IN OBSERVER/COACH TO AVOID ASSUMPTIONS

It’s possible to avoid the pitfalls of assumptions and hear what’s being meant by taking the Observer/Coach role (listening dissociatively from the ‘ceiling’). This will detach you from your triggers that set you off. When new information, a new relationship, collaborative dialogues, or fine data gathering is necessary, Observer helps understand what’s been said more accurately and we make fewer assumptions.

In my book What? there are chapters devoted to explaining how we make the assumptions we make, and how to resolve the problem. It’s an important skill set that we all could use. I don’t know about you, but I personally get so annoyed with myself when I make an assumption that proves wrong, and I lose the possibility of what might have been.

23 thoughts on “Assumptions: Why being right is wrong”