Some of My Journey

Sharon-Drew’s story is captivating on several layers.  First, revealing something so personal but so powerful can’t help but interest us.  Second, to understand the courage it took for her to persevere, succeed, and excel—particularly when by most common “wisdom” she should have failed is compelling—it is an inspiration to each of us about, “What if the rules didn’t exist, what would we do?”  But the real thing that got me as she first started telling me about her journey, it made me think about my own—What have I done?  How have I overcome adversity and persevered?  How do I continue to grow?  Those are things we don’t think about much, but listening to Sharon-Drew, forced me to reflect myself.

I challenged Sharon-Drew to write this, partly because it is compelling and fascinating, but more selfishly, because her story causes each of us to think of our own stories and reflect.  It causes each of us to be better human beings. Dave Brock – Partners in Excellence Blog 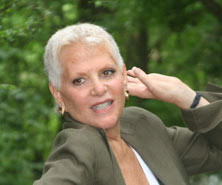 I could never figure out why I was born with a warm, loving heart, and a brash, obnoxious personality. One part of me was so tender, the other so tough. A very confusing mixture. And painful on a daily basis.

Part of it was from my background – one of those stories that makes for a great novel or documentary – and the behaviors I had to learn to (literally) survive; part from my spiritual work that taught me to open my heart and learn forgiveness; part from the dozens of years of therapy, groups, bodywork and meditation I went through to become a successfully functioning, thriving, adult. Somehow, of course, it was a combination of them all.

Because of my heart, I became a social worker. Because of my personality, I was fired from every job I ever had (including Civil Service!) until I got into sales. They told me I didn’t fit in. One company said, “You’re the smartest person I’ve ever met. You should be the CEO. But we already have one so you’re fired.” I always knew I had something important to share this lifetime; I walked around hurt and confused, working harder and harder to learn to get it right so I could do my ‘work.’

My journey took me into sales, and once there, I was too successful to fire: the blending of my heart and brashness, my honesty and ability to manipulate, served me well. Ah, I thought. Maybe I’m supposed to be in sales and that’s why I have this weird personality!

The answer didn’t show up until I was 61 when I was diagnosed with Non-Verbal Learning Disorder – a high-end form of Asperger’s. That means I’ve got a sliver of brilliance in one tiny place in my brain, and the rest is so far below zero I don’t break even on a good day.

I hear/feel the world in systems (a very different place than most people live in), and I have little ability to be socially appropriate unless I learn rules through trial and error. Once diagnosed, I hired an Asperger’s coach who followed me around social situations so I could learn to say ‘fine thanks  how are you’ instead of talking about my day for an hour. I still occassionally blurt out things that are socially inappropriate but deadly accurate (a lethal combination. Folks would overlook so much if I was saying silly things), and have little understanding of nuance. In work situations, it’s far easier for me – seems to come from a different part of my brain.

The delay in diagnosis caused me a life of confusion – people walking away from me, or ignoring me, or misunderstanding me, or blaming me for things that I never said or meant. Thank fully, the wonderfulest people didn’t walk away. And it’s so much better now. I tell people I have a form of Asperger’s and that sometimes I’m obnoxious, and overtalk. People now pipe in or shut me up or have patience. Much easier now, although several times a month I still get confused about why people say/do things around me.

As I got more social and learned how to relate better, I began putting my systems thinking into the world. I moved to London to start up a successful tech company, and I  founded an international non-profit to help kids with my son’s neurological disease. In England, I was greeted with acceptance and respect. There, if you’re smart and kind and eccentric, the rest is just a funny story. They adore eccentricity, and accept people without judgment.

I thrived. I ran my company in a very very unique systems way. I let each employee – including the receptionist who ended up earning more than everyone – design their own P&L and their own pay package, for example. I told everyone to take whatever vacation time they needed so long as they had cover (Interesting, with unlimited vacation time, I had to fight with them to take time off: they were running their own businesses after all.).

On a content level, I had no idea what I was doing. But I understood systems: by trusting people and making them all profit centers – heart and money –  it worked. And we doubled our business every year with a 42% net profit. I earned enough to retire after a few years.

I moved to Taos and started writing my first book (Along the way I had begun coding my brain to teach others how to recognize and manage and influence decisions, and trained my team in London and some clients). I realized what a treasure I had: I knew how to be an entrepreneur; I knew how to sell; I’ve always been a writer;  I learned how to use my creativity, my smarts and my heart to be successful in business.

This was the first time in 30 years that I didn’t have to work. I finally had a chance to stop and think. After sleeping and hiking for the first 6 months, I eventually  recognized how to combine my entire life’s journey and put into a trainable, replicatable model: Buying Facilitation™ was born – a model that sales people can use to be more successful AND use their hearts to serve buyers to be more successful. I learned how to bridge heart and money,  promoting integrity and success, making money and making nice. I devoted 5 years to the Spirit in the Workplace movement to help bring spiritual business practices into daily use. And I believe I teach the skills of servant leadership.

My journey has been challenging. But what rewards! I get to change the world! I get to serve others! I get to learn and grow and forgive and be challenged daily! Of course, I pray that next lifetime I’m the Cookie Monster, so all I have to do is show up, eat cookies, and fight with Elmo – a worthy adversary.

It’s been a long life. Amazingly, my spirit has grown and matured, my work is now available and being trained world-wide, my books have been read by close to a million people. I’ve even gotten thousands of kids walking that never would have walked, and I’ve personally trained over 20,000 people. I’ve made a difference! And I’m thankful that all that I’ve been, all that I’ve done, has amounted to something. Aren’t I lucky! Still a bit obnoxious on occasion, and certainly eccentric, but hopefully a person who is making a difference and helping the world be a better place.

Imagine a world where everyone can serve each other. That’s the world I’ve been doing my share to create. Want to help me?

6 thoughts on “Some of My Journey”