What Makes A Decision Irrational? 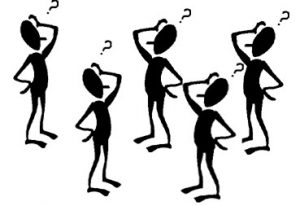 After spending 30 years deconstructing the mind-brain interface that enables choice and decision making, and training a decision facilitation model I developed for use in sales, coaching, and leadership, (Buying Facilitation®), I’m always amused when I hear anyone deem a decision ‘irrational’.

Only outsiders wishing for, or assuming, a different outcome will designate someone’s decision as ‘irrational’. I doubt if the decision-maker says to herself, “Gee! I think I’ll make an irrational decision!” I could understand her thinking it irrational after reaping surprising consequences. But not at the moment the decision is being made.

We all make the best decisions we can at the moment we make them. It’s only when someone else compares the decision against their own subjective filters and standards, or use some academic/’accepted’ standard as ‘right’, or judge the decision against a conclusion they would have preferred, that they deem it ‘irrational’. I always ask, “Irrational according to who’s standards?”

There are two components to making a decision. The brain; and the criteria against which the decision maker weights their options.

Brain: All of our actions arise from neurological, biological, physiological, electrochemical and automatic interactions in our brains. When we think, listen, hear, see, our brain goes through several processes before finding familiar neural connections to translate the incoming vibrations into decisions, behaviors, habits. Even when something brand new enters, we end up using existent – historic! – cell assemblies to translate it, restricting us to what we’ve done and thought before. Net net, our decisions emerge unconsciously, and sometimes don’t reflect the full fact pattern of all that is possible.

Data weighting: to ensure congruency, our brains compare incoming content against our mental models, an unknowable set of highly subjective factors including

Personal beliefs, values, historic criteria, assumptions, experience, future goals;
Possible future outcomes in relation to how they experience their current situation.
No one uses the same data set, or has the same criteria, beliefs, or life experiences the decision maker uses to evaluate their decision.

Each of us have unique brain systems; different mental models, connections, neural pathways, histories. There’s not a single person whose brain is organized as anyone else’s. In other words, we just can’t judge others according to our own standards.

Indeed, there is no such thing as an irrational decision.

CASE STUDY OF AN ‘IRRATIONAL DECISION’

Let me offer a simple example to explain. I recently made an agreement with a colleague to send me a draft of the article he was writing about me before he published it. Next thing I knew, the article was published. How did he decide to go against our agreement? Here was our ensuing dialogue:

SD: I’m quite upset. How did you decide to publish the article after agreeing to send it to me before publishing?

BP: I didn’t think it was a big deal. It was only a brief article.

SDM: It was a big enough deal for me to ask to read it first. How did you decide to go against our agreement?

BP: You’re a writer! I didn’t have the time you were going to take to go through your editing process!

SDM: How do you know that’s why I wanted to read it first?

BP: Because you most likely would not like my writing style and want to change it. I just didn’t have time for that.

SDM: My material is sometimes difficult to put into words, and it has taken me decades to learn to say it in ways readers will understand. I would have just sent you some new wording choices where I thought clarity was needed, and discussed it with you.

BP: Oh. I could have done that.

While a simple example, it clearly describes how we judge situations according to our Beliefs, assuming everyone is operating with the same ones. But that’s not true: each decision maker uses her own subjective reasoning regardless of baseline, academic, or conventional Truths.

In our situation, my partner wove an internal tale of subjective assumptions that led him to a decision that might have jeopardized our relationship. I thought it was irrational, but ‘irrational’ only against my subjective criteria as an outsider with my own specific assumptions and needs.

And everyone involved in group decision making does the same: enter with unique brain configurations and personal, unique criteria that supersede the available academic or scientific information the group uses. This is why we end up with resistance or sabotage during implementations.

What if we stopped assuming that our business partners, our spouses, our prospects were acting irrationally. What if we assume each decision is rational, and got curious: what has to be true for that decision to have been made? If we assume that the person was doing the best they could given their subjective criteria and not being irrational, we could:

ask what criteria the person used and discuss it against our own;
communicate in a way that discusses assumptions, differences, gets curious, enables win-win results;
agree at the start to work from the same set of baseline assumptions and remove as much subjectivity as possible before a decision gets made.
In other words, to make sure we understand where Others are coming from, we need to become aware of any incongruences and find common ground. Because if we merely judge others according to our unique listening filters, many important, creative, and collaborative decisions might sound irrational.