What do I do with my brain? 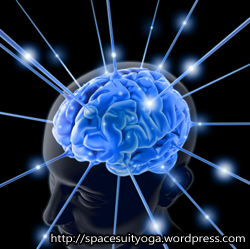 I have a very unusual brain and experience the world differently than most. As a person with Non-Verbal Learning Disorder (NLD – a form of Aspgerger’s), I experience the world in systems. I listen for systems, hear people speak in systems, ask systems-based questions. Some folks find me obnoxious, some charming. Some find me smart/interesting. But certainly my ideas are cogent enough to be considered in some way – especially when I shove them into the world as I am wont to do.

Because of this, um, ability, I was fired from every job I ever had before getting into sales:  After a day or two in a new company, I would explain quite cogently why this person should be fired, or that department should be melded with that other department. If I were wrong, they would have patted me on the head and told me to get back to work. But no: they fired me immediately. One guy said, as he walked me to the door: “You’re probably the smartest person I’ve ever met. But we can’t afford 2 CEOs, so you’ll have to leave.” And I never understood how I was asking the entire system to shift – just that it was necessary and fixable.

Indeed, I actually get visions of how my ideas can help the world be a better place, and I proceed forward as if the world has asked for them. Which they haven’t. Sometimes I get lucky and folks are excited by my ideas and can use them. But when I come up against long-held beliefs, folks come after me – at which point I get confused because I’m ‘supposed’ to be putting my ideas into the world.

To be fair, my ability to make it scalable to serve others by helping them make  decisions based on beliefs and criteria is not a bad skill to put into the world. But in the main, the world doesn’t want this capability: folks are perfectly happy to work with the less-effective use of content as the driving force in the decision making process, and let the internal, unconscious belief issues remain, well, unconscious (even though they can be mitigated).

But my drive remains in my belly and in my heart. It’s part of my fabric. I never try to be smart, or rude, or pushy. But the ‘driven’ part of me assumes it’s my ‘job’ to put the ability to use that data into the world. It’s my life’s work.

But what if I’m wrong? What if I’m only supposed to be – oh, say, a dancer, or a ghost writer, or a home decorator? What if I’m following the wrong vision?

THE ARROGANCE OF THE STATUS QUO

The last few days have been filled with people who have had ‘issues’ with the change I was suggesting. A client who decided that canceling a program would be easier than changing – even though they would easily, easily have gotten over 800% increase in sales – sales now done in a way that is abusing staff and prospects. An alleged industry leader who decided I didn’t know what I was talking about, even though he didn’t take the time to understand what I was offering. The entire marketing automation industry that’s decided they are doing it right, regardless of the ease of adding something to the front end and creating much more success.

I don’t get it: why not add something new and have more success? Why not even THINK about it! Do people need to be right at all costs?

I’m going to be 65 soon. I should sell my house and enjoy the last third of my life sitting on a mountain top in Peru, or at a cafe in Paris, or on a water buffalo in India. All choices that would make me happy, would have no stress, allow me to think and dream, dance and write, and not have to deal with angry, abusive, or arrogant people. Life is too short. And I’m too precious.

The more I play with the idea of just retiring and leaving everything behind, the better it sounds. The only left over question is what happens to my ideas? And what do I do with this precious brain?

Anyone want twenty two years of out-of-the-box thinking? It must be worth something by now.