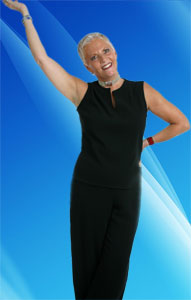 It’s possible that it’s a generational thing, although by this point in my life, it’s an identity thing.

In the 60s, with the advent of feminism, America made the transition from thinking of women as children – for centuries calling them girls and protected from ‘harm’ by rules, roles, and big, brawny men – and started the very long, slow, arduous process of seeing women as adults who can earn a good living, take care of themselves, be successful and happy, all with or without the oversight of a man.

In the 60s and 70s, women – just being freed of the mantle of servitude and infantalism – made a big point of referring to ourselves as ‘women.’ I used to tell men: there are two types of people in the world: Children – who are boys and girls, and adults – who are men and women. Adult females are women. Female children are girls. We don’t call adult men ‘boys.’ Let’s call adult women ‘women.’

Eventually, the New York Times shifted their style book to refer to women as ‘women.’ That inspired the TV vocabulary rule book as well. For a while, all was well and over time the country has been changing. Slowly. Pay differences are somewhat alleviated. Women are now over 60% of the docs and lawyers in law schools. Women are too-slowly beginning to become CEOs and Board members. We even have child care centers now – a step up from assuming that every household had two-parents led by a male bread winner and June Cleaver.  Amazing how a body part can affect one’s capability to be smart or professional.

When I write my books, I alternate the preferred pronoun every chapter: one chapter is ‘she’ and the next is ‘he.’ I once got a letter from a man asking why I only used the term ‘she’ throughout the book! This man missed the male pronoun in half of book!!! It’s such a part of the culture that men expect it, only noticing when it’s not male! Trust me when I tell you that each time a woman reads the word ‘he’ she thinks of someone else. And our textbooks, newspapers, magazines, etc. use the term ‘he’ exclusively to refer to ‘humankind’ thinking that it’s acceptable. Would you all mind if we spend the next hundred or so years using the term ‘she’ generically to make up for the oversight?

A NEW GENERATION OF WOMEN

Something is wrong here. Somewhere along the line, people know to stop calling a boy a boy, and use the term ‘man.’ How does that happen? And how does it happen that women aren’t afforded the same rite of passage? In reality, the dividing line is puberty. Once a child gets secondary sex characteristics, they are assumed to be an adult (hence, in Judiasm, the Bar/Bat Mitzvoh – the welcoming into adulthood). They may be ‘young men’  or ‘young women’ but adults. They may have ‘girlish’ or ‘boyish’ traits, but defined as adults. What is going on now that young women don’t recognize the historic snake-pit of wanting to be referred to as a child?

Another one of the irksome national idioms is the term ‘guy.’ For some reason, everyone is supposed to know that being a ‘guy’ is generic. But what if everyone were a ‘gal’ instead of a ‘guy.’ Would you ‘guys’ mind being called a ‘gal’? Why not? So why do women have to agree to being called a guy?

And what’s the deal with avoiding calling a woman a woman? Why the avoidance? When men try to be cute and call me “Young Lady” I sweetly tell them I’m neither. Who wants to be a lady, for goodness sakes! And I’m certainly not young: I absolutely relish the sensuality, the wisdom, and the humor that comes with my age. And I’m certainly, absolutely, definitely, not a guy.

So let’s just be respectful of our adulthood, our ability to thrive as competent smart people, and own our genders. I’m a woman, not a girl or lady or gal or guy. You’re a man, not a boy or a guy. It will make us all stand a bit straighter and be just a tad more respectful – of who we are, and our wonderful differences.

Hire Sharon-Drew to speak at your next conference. She’s a helluva speaker – I mean woman.