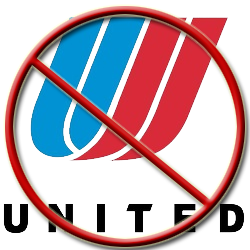 What, specifically, is good customer service? For me, it’s about being respected and getting what I’m paying for. Unfortunately, and problematic for companies, everyone wants to be respected in their own way. As a result, companies end up creating their customer service to meet their own criteria. And if someone doesn’t fit the model, too bad. Well, I don’t like it, and I’m cranky.

This Saturday, after a very very long, tiring set of flights that started with me awaking at 4:00 a.m. in Vancouver, United Airlines lost my luggage. Or, it was delayed til the next flight that would arrive a few hours later. I was annoyed, especially since my connecting flight was in the same terminal as my originating flight and there was plenty of time to transfer the baggage.

OK. Stuff happens. I wasn’t happy, but it wasn’t the end of the world. I asked the woman what she would recommend I do, and she suggested coming back to the airport at 6:00, 30 minutes after the luggage would arrive on the next flight in from Vancouver. She gave me a number to call and told me that Scott would be in the luggage office after 6, and she’d be there until then. I left. I wasn’t happy, as I had to replan my entire afternoon, but stuff happens. Not the end of the world.

I called at 5:30 and was told that my luggage had arrived and I should get down there. I was there in 12 minutes (the reason I live downtown Austin). I parked the car by the curb – the luggage was just there in baggage claim, right?? – and ran in to get the luggage. Wrong. The first woman wasn’t there, and neither was Scott. The lost luggage office was closed. I ran upstairs to the counter. I asked the man at the counter – empty except for him as there were no flights scheduled – where ‘Scott’ was, or whoever was supposed to be in the luggage room because I came to get my lost luggage. No idea. And he stared at me. “My luggage was lost, and now it’s downstairs, and my car is illegally parked and I need it. Can you please get it for me?” He told me to go move my car.

“Why don’t you go downstairs and get my luggage? There is no one here, no flights. You’re just sitting here. Can’t you get my luggage?” He continued to stare at me.

Finally: “Yelling at me won’t help.”

“I’m not United. I didn’t lose your luggage. I just work here.”

That is wrong on so many levels.

“I’m going to move my car. I would like to meet you downstairs when I get back so I can get my luggage.”

I went outside and sure enough, I was getting a ticket. I was getting truly angry by this time. I went around the whole airport, parked the car, went running back in, downstairs to the lost luggage. No guy. Locked door.

I went running back upstairs. He was standing there, doing nothing.

“Where is my luggage?”

“The guy who should be there is at the gates. Don’t know when he’ll be back.”

I went to the airport wall phone to call for some sort of help. At that point, the guy took out some keys and said, “I’m not supposed to do this, but I can open the lost luggage door.”

So. Here is my question about customer service. At what p0int does a person recognize that s/he is THE COMPANY? That customers deserve what they are paying for? Not just United, but in general. I’ve got a vendor who is not retruning calls (she doesn’t like the phone) and hasn’t been giving me what I paid for (and she agreed to) and is rude when I get annoyed after three requests to correct a problem she created (being more patient than I’d like for the first 2). I’m switching vendors – I have choices, after all. But with airlines the best I can do is choose another vendor if it’s possible (not to mention I have too many miles and too much status on United to easily change).

At what point is it the customer’s ‘call’ as to how s/he wants to be treated? Do we really, really have to be compliant and merely settle for what we are given? I’m just asking.