How Can We Accept Innovators? 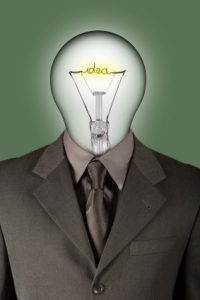 I am an innovator. I conceive and develop new models that I believe need to be in the world, and then I find a way to get them implemented. I have been hearing a lot of queries on this, lately, with folks offering different definitions, so I thought I’d throw my hat into the ring.

Being an innovator is a dark and lonely job – but someone has to do it. The problem with innovation is that it butts up against the status quo, and people don’t know they need it (The ‘change’ issue is another topic and I’ll discuss that next week.).

The telephone was invented in 1876, but wasn’t used between two cities until 1883. We all know the story of the Web – Bill Gates ignored it, almost to his peril, for many years until his team implored him to consider it. And of course no one was interested in laptops either for many years (What do we need them for?).

As the inventor of a decision facilitation model that can be used in sales as a way to lead buyers through their unconscious, internal, off-line decisions, I’ve heard for over 20 years that it was unnecessary, as the ‘sales’ model took care of it (Thankfully there are enough visionaries in the world who hired me to teach their sales forces or I would have ended up like van Gogh – dead, with one ear.).

Now, apparently, I’ve hit the 100th monkey and the model is being recognized as a necessary way to help buyers manage the behind-the-scenes stuff that sales doesn’t address.

ADOPTION IS THE PROBLEM

The problem is never with the innovation: it’s with the adoption. And often, the innovator either doesn’t know how to get the world to accept the new thinking, or gets exhausted by the struggle, because an innovation is worthless if not implemented.

For me, it has become a spiritual calling, as I pray nightly that every person in the world learns the model to all help each other make our own best decisions. So I’ve persisted. But many innovators lose steam with a brilliant concept not accepted. And the world loses a bit of light as a result.

So here is my question: what do we all need to do, or believe differently, to be able to recognize a new innovation and give it a shot? To be able to keep an open mind to let some light in? To provide a forum for innovators to get heard or seen? Seems there are so many needs in the world, and so few forums to offer innovators.

I, for one, developed a (now patented) search tool that helps site visitors recognize the criteria they want to meet from a site, and then leads them through to the one page they need. Interesting, you say? How ’bout if  I told you I developed it in 1997 – before Google ever existed? And there has been no forum for it. People who originally saw it found it odd. So it sits in my computer.

How can we create a world in which innovation is part of our lives, where we seek innovators and ideas regularly – invite them to our offices to show us their stuff, or have a TV channel just for innovations and change, or an e-zine just for innovators, and anyone can write an article with a link to their contact data.

Anyone want to start something innovative with me? Come on. Let’s play.

2 thoughts on “How Can We Accept Innovators?”