Can a Techie Ever Understand a Customer? 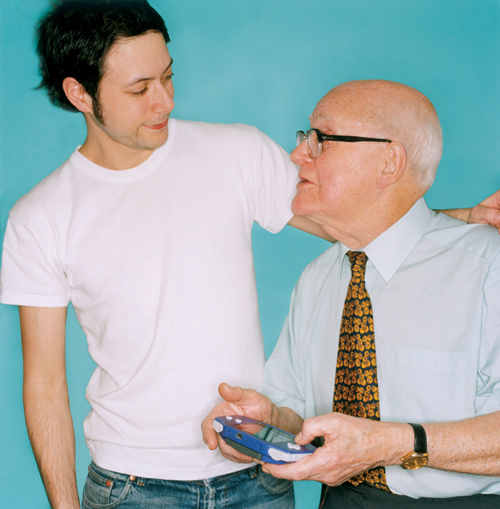 At the recent ProductCamp in Austin, I heard a well-respected researcher make the following comment: ‘Techies will never understand customers.’  That’s quite a statement. And it’s false.

I used to run a tech company. We employed 48 techies, so I guess I can qualify as knowing a bit how they think. As they begain doing their work as project managers, programmers, and systems designers, I heard them frequently say: “Customers are stupid. They tell me what they want, and then when I give it to them they don’t want it.” I heard the remark so often (daily) that I decided to run a test. I called my head tech (Julian) in and told him I wanted him to design a program for me. Sure, he began. What do you want? I smiled, knowing I was setting him up, but wanting to see how he proceeded to get himself into trouble so I could go back and teach them all how to avoid the same problems.

Julian continued asking me very biased questions, some of which I couldn’t answer. What do I want? I want to be able to find my prospects (I was designing my own CRM system in 1985) and take notes in the files. How many screens do I want? WHAT?? Do you have any idea how many pages you want to have? WHAT? Do you know the sort of navigation you wanted? WHAT? I had no idea how to answer at least half of the questions. So he walked away thinking he’d have to fill in the blanks. But I knew what I wanted in my mind’s eye, and could have told him if he’d asked the sort of questions I could answer, using the sorts of words I used to think with.

You know what happened. He came back two weeks later with a mess. It was nothing that I could make sense of or use. And it certainly defied my vision of what I wanted.

Julian looked at me with THAT LOOK: yes, another Stupid User. But I wasn’t stupid: I just wasn’t asked what a non-techie could answer. Questions like:

Once I taught my techies how to ask these sorts of questions, we were able to complete projects in half the time and go on to do further business as they freed up their in-house techies to do more creative work (we doubled our business every year during the big recession of the 80s). No more stupid users.

Given I’ve frequently been a customer of techies (including recently when I experienced the same thing I’m going to complain about now), I can say that from my experience, techies begin every client conversation with several biases. 1. that the customer doesn’t really know what s/he wants; 2. that the techie REALLY knows better what the client wants; 3. that if the client doesn’t agree with the techie, the client is wrong (In my recent situation, the techie wouldn’t re-do his errors, saying they weren’t errors; it was just that I didn’t realize what was necessary and he knew what was right.).

Techies this SYSTEMS. Users think CONTENT. Two different things. But the much bigger problem is that techies (I’m speaking generically here, so apologies where necessary) assume that the way they think is the ‘right’ way. The reality is that the buyer is in control of the relationships, so the techie (who becomes the seller) must acceed and shift communication gears to meet the customer.

There is an NLP expression that fits here: The meaning of the communication is the response it elicits, separate from the response. And one of my favorits: For there to be a communication, there must be a sender AND a receiver. If you aren’t being ‘received’ you must change the way you are sending: it’s not the receiver’s responsibility to ‘HEAR’ appropriately. The LISTENER is always the person in control of the conversation (speakers have no idea what sort of listening filters buyers are using).

Once the techies realize it’s their responsibility to create a dialogue in which the customer gets to say, create, anything s/he wants to design, and the techies to figure out how to manifest the needs, then there are no more communication issues. The only reason there has been one is that (as a generic group… sorry..) techies have been creating communications based on personal biases, leaving the customer largely out of the loop until it is too late. Then projects ‘go spiralling out of control’ or customers ‘don’t know what they need’ or ‘didn’t put ‘that’  into the original work contract.

Techies have blamed the customer, instead of realizing that they have created the problem to begin with. It’s easy to resolve, if they can give up their natural scapegoat – the stupid customer.

1 thought on “Can a Techie Ever Understand a Customer?”