Martin Rutte: the man who put spirit into the workplace 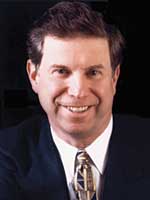 Somewhere around nineteen years ago, just as my first book Sales on the Line was getting ready for print, I was in Los Angeles visiting a friend, and we visited one of his colleague’s to discuss a new business idea: how to put spirituality into the workplace. Since I have considered my Buying Facilitation™ method a servant-leader model (the seller becomes the servant leader to the buyer) but unwilling to use the ‘s’ word  –  believing that my work would be denigrated unless it ‘sounded’ normal – I was eager to meet the person who was so brazen as to actually broadcast the words Spirituality-In-The-Workplace.

With a group of about 15, I sat with my Martin Rutte as he played with ideas, tried out phrases, took feedback. Being my normal pushy, aggressive (and asperger’s-suffering) self, I fearlessly entered the fray with alternative ideas, bold opinions, and a continuous stream of what I thought was agreeable dissent. I thought that we should not use the ‘s’ word and instead use the stealth method of putting spirituality into skill sets without announcing what we were doing. Martin disagreed. He wanted to use the word, find those people who would join the movement  and start changing the business world. I thought he was naive. He thought I was obnoxious.

We became instant enemies. Indeed, when he moved near me to Santa Fe, we didn’t speak for years.

Eventually, we ended up friends of course. We were continually showing up in each other’s lives as we both were keynotes at several of the emerging ‘Spirit in the Workplace’ conferences springing up in the early 90s; I was a contributor to his book Chicken Soup for the Soul at Work; we lived relatively near each other and attended the same parties and had the same friends. I went up to Toronto to see his wonderful wife Maida in a Neil Simon play; one cold morning in Santa Fe we sat at 5:00 a.m. in our robes and argued and plotted how to change the world, like we’d done for lifetimes. Finally we learned to adjust to each other as kinfolk eventually do.

But somehow, over the years, with my move to Austin, we lost touch. And, now we’ve found each other again! Martin has showed up better than ever, with a new book, How to Achieve Heaven on Earth: 101 insightful essays from the world’s greatest thinkers, leaders, and writers, and a new initiative: The Center for Spirituality in the Workplace – part of the Sobey School of Business at St. Mary’s University in Canada.

Amazing! Martin actually created his dream: He not only made the word ‘spirituality’ an accepted, acceptable term in the world of business, he’s made spirit-in-business a recognized curricula, with PhD students! He’s actually put his money where his mouth is and got a university to develop a business school that “… has given people the potential to live a life authentically and with integrity in accordance with their deepest values and longings.” The paper about the center says:

Because workplaces are where many people spend a large proportion of their time, more and more people wanted to have conversations about spirituality and faith at work, but either didn’t know how, or were afraid to. They needed ways to talk about spirituality in a manner that was respectful, dignified and useful to both individuals and their organizations.

One of the alarming things is that many people who have had tremendously successful careers suddenly step back and say, ‘Why have I done all this?’ And it hits them, if you like, in the soul. And then they start to ask these questions, and they find that other people are asking these questions too.” Colin Dodds, President, Saint Mary’s University

Because of Martin, there is now a vocabulary, a school, and books in the world that give interested folks a place to think, discuss, and gather the tools to bring their souls with them to work each day. This world is indeed far better off with Martin in it. I am so pleased he is my friend and brother – to know him and recognize the huge difference he’s made in the world, to recognize and admire his journey. And I certainly hope that we don’t lose each other again – we’ve got work to do!

The Center for Spirituality in the Workplace